In the beginning when I started with satellite communication I was not able to switch my polarization and I thought it wouldn’t make a great difference. Now that I use the Maspro WHS32N (Oscar Hunters) antennas that come with the option to switch RHCP and LHCP I experience the difference, and it is really a very big. When I was searching the internet I found a Youtube movie from ON4HF that shows the difference between RHCP and LHCP. He uses a pass from AO-51 to show the difference, in the movie he is switching from RHCP to LHCP and back.

Below is a summary from a great article written by SV1BSX.

With circular polarisation one can overcome the Faraday effect.

The Faraday effect deals with the interaction between light and magnetic fields. It affects linear, but not circular, polarised signals, and the effects are more severe at lower frequencies, such as C-Band, and not noticeable at higher ones, such as Ku-Band. As signals pass through the atmosphere they become de-polarised, causing undesirable reception of the opposing polarity. Linear polarised feeds are aligned in such a way to compensate for the Faraday effect, usually with the help of a tracking device; corrections can be made either by rotating the feed system or using adjustable polariser’s within the feed system. This can be very time consuming because the alignment must be exact. One result of incorrect alignment is increased interference. Fortunately, this is not a concern for circular polarisation since there is no need for exact signal alignment. Ku-Band is at a high enough frequency that Faraday’s effect is not a factor. 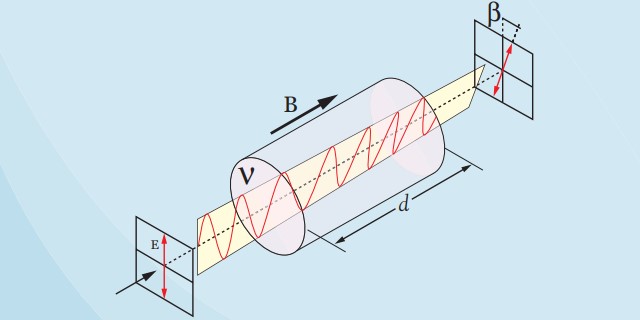 The following pictures shows the Vertical, Horizontal and Circular polarisation.

More information can be found on the website from SV1BSX, the article he wrote is a great source of information if you want to learn more about polarisation.